As a company that began with a drawing of a mouse, Disney has a legacy founded in artistic expression and rich storytelling. Creativity and innovation are just part of the DNA here at Walt Disney World Resort as is support of the arts community in Central Florida.

For nearly four decades, Walt Disney World Resort has helped foster the local arts community through millions in cash, in-kind donations and the knowledge and expertise of its cast members. Among these contributions is a $12.5 million capital investment in the Dr. Phillips Center for the Performing Arts. Last year alone, Walt Disney World Resort gave more than $565,000 to the local arts community, including Disney Helping Kids Shine grants to support local youth arts programs such as A Gift For Music, which provides free classical music instruction to economically disadvantaged students. 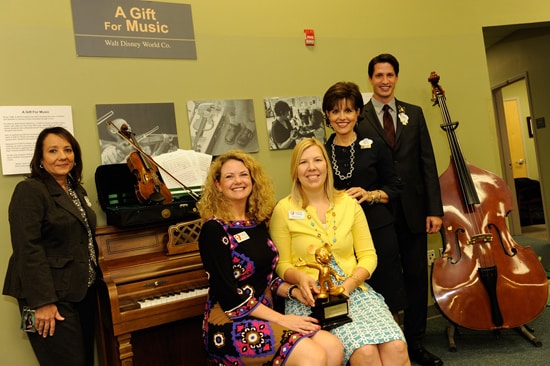 With approximately 3,000 performing roles at Walt Disney World Resort alone, the Orlando area is considered the nation’s fourth largest creative talent base after New York, Los Angeles and Nashville. A cultural community needs support to thrive – I’m so proud to see Disney take a starring role in these efforts and earn some great recognition for it.