Hello, Disney fans! I’m the senior writer for Eyes & Ears, an internal magazine for Walt Disney World Cast Members. I’m delighted to share some of those stories with you from time to time. Here’s one in honor of the 40th anniversary of the Walt Disney World Resort.

An early concept for Disney’s Polynesian Resort featured a 12-story tower, a bold design that might have looked more at home among the luxury hotels on Honolulu’s Waikiki Beach.

By about 1970, the site plan had evolved to a more architecturally authentic “village” layout, much of which remains today. Incredibly, construction began in February 1971, less than eight months before the first guests were scheduled to arrive. 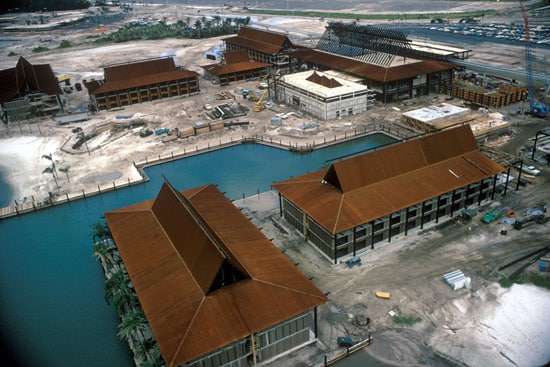 Take a look at this early photo of Disney’s Contemporary Resort: 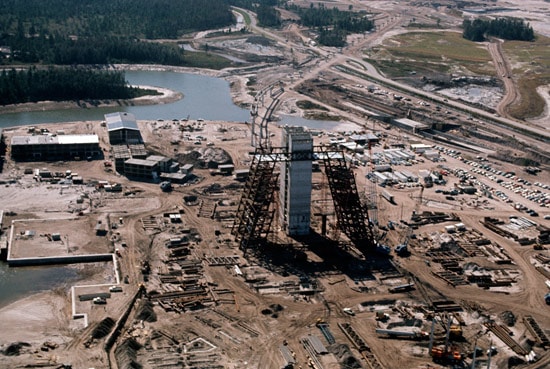 Once the central elevator shaft went up, crews assembled 13 steel-trussed A-frames around it, forming a 150-foot-high skeleton. A few miles away, assembly-line workers built rooms for both resorts at a rate of around 40 per week. When finished, each was a free-standing unit complete with air conditioning, bathroom fixtures, sliding-glass doors and groovy decor. 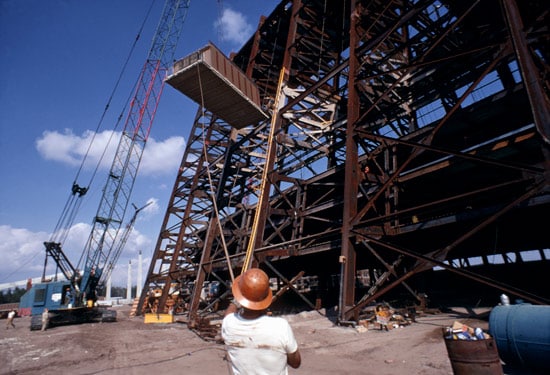 After being trucked to the construction sites, the nearly nine-ton rooms were slid into the building frames by crane, like dresser drawers. Despite a widely believed legend, they were never meant to be removable for future refurbishments, though.

To help learn the hotel business, Disney leased the Hilton Inn South in Orlando, Fla., which opened in May 1970, and used the 140-room hotel as a kind of living laboratory, developing everything from training manuals to restaurant menus later used in its own resorts.

The remaining “Phase One” resorts, inspired by Asian, Venetian and Persian motifs, never made it off Imagineers’ drawing boards. Four decades later, they remain tantalizing examples of what might have been.

Who visited our first two resorts in the early years?