I recently showcased a variety of new Duffy the Disney Bear items with media visiting the Walt Disney World Resort. I thought you would like to see a sampling of these new items including one that was created especially for moms.

For the first time, we will offer a pre-dressed 17-inch Duffy the Disney Bear wearing a tee-shirt filled with love for Mother’s Day (to my mom who is reading this article – I love you!). Starting Sunday, May 6, bears with shirts will be found at the following Walt Disney World Resort locations – Disney Trader’s at Epcot, Emporium at Magic Kingdom and World of Disney at Downtown Disney Marketplace. This concept is something new we are testing, so there are limited quantities of the pre-dressed bears available. Retail for this item will be $30.00 (plus tax). 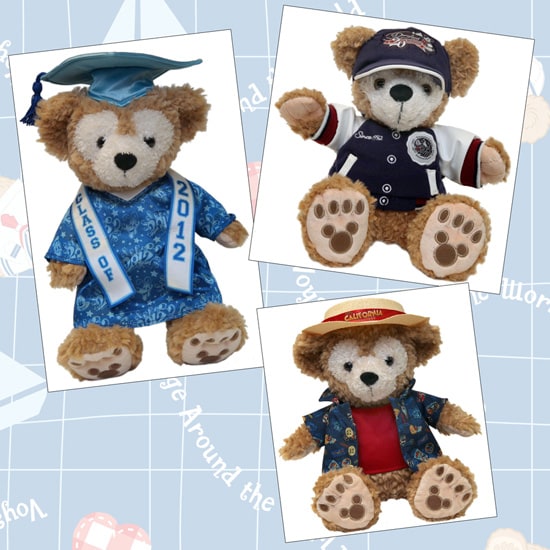 We have carried, however, a variety of 12-inch, pre-dressed bears for years. There was a bear recently released at Disneyland Resort Paris in early April to commemorate their 20th Anniversary. For the graduate in your family, we are releasing a new 2012 graduation bear complete with cap and gown. And coming this summer to Disneyland Resort, there will be a new 12-inch bear for Disney California Adventure park. 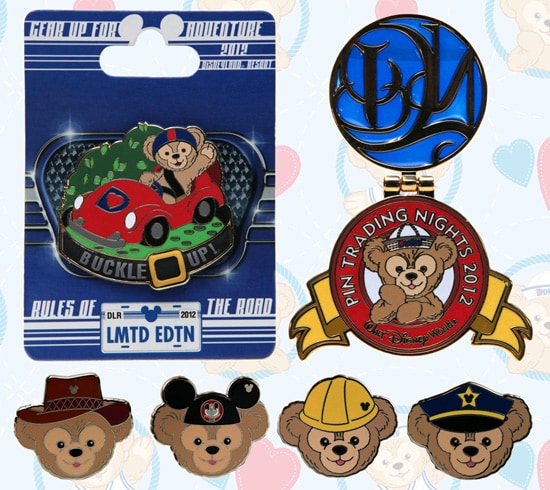 Besides the plush bears, we will be releasing several new pins in the coming months. One pin has Duffy driving an Autopia car from the “Gear Up For Adventure” collection at Disneyland Resort (my fellow author Michelle Harker first told you about these collection in February. Both Disneyland Resort and Walt Disney World Resort will see two different collections of new Hidden Mickey pins coming this summer that have Duffy sporting a variety of hats. In November, the Walt Disney World Resort limited edition Pin Trading Nights pin will also feature Duffy. 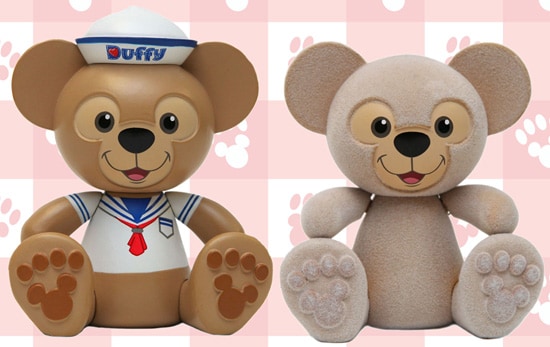 Finally, I’m excited to announce that coming in July we will release the two unique Vinylmation figures of Duffy. Both open edition figures were designed by Monty Maldovan who has designed a variety of costumes for Duffy in recent years. There will be two figures – one in a sailor suit and the other with flocking – that will be presented in decorative open window boxes.